RUSH: I know they passed an article of impeachment, and they don't have time for a vote. This is all posturing. They're trying to force Pence into invoking the 25th Amendment. The 25th Amendment is not to be used for this purpose. I don't know what Pence is gonna do, but I would be stunned if he fell for this. The 25th Amendment has to do with the inability of the president to go forward because of mental or physical incapacity. 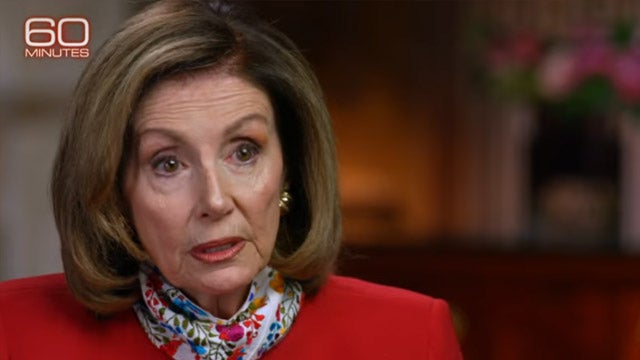 It has nothing to do with punishing somebody. It's not what the 25th Amendment is, and this is all just posturing. They're trying... Look, folks. They remain scared to death of the guy. They're trying to do anything they can to get Trump to agree that he will never run again. That's what this is all gonna be aimed at. If they could negotiate Trump resigning, they would do it.

And that's what this article of impeachment probably is. It's probably a gauntlet that's been thrown down, and now somebody's gonna go tell Trump, "Look you've lost support up here among Republicans," if he has. I don't know. But they're gonna go up there. It's gonna be a replay of how they got rid of Nixon. They gonna go up there, and they gonna say, "Look, Mr. President.

And the Democrats are gonna demand that Trump -- for pardon, for a full exoneration, for no pursuit by any other law enforcement -- will never seek office again. If he would agree to that... I'm just guessing that that's what this is about. But if he would agree to that, then they would sign off on it and they would keep that article of impeachment as a, you know, little anvil hanging over his head.

If you're Trump, what would you do? If that's what this is. If this is the first step in a negotiation to get him to resign before January 20th, with the objective being that he agrees to something in the negotiation where he will never, ever seek office again, in exchange for a pardon for him and his family, for example, or exoneration from further prosecution.

If you're Trump, would you do it? I'm wild guessing here. I have no idea if that's what this is about. One article? You know, the Senate can't come back in time to even vote on this, and if the Senate does come back... Well, they can. But if they come back before January 20th, Cocaine Mitch still runs it. The Democrats do not run it until after Plugs is inaugurated. 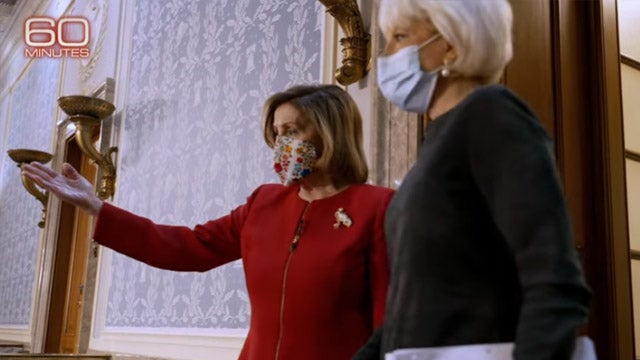 The Democrats are gonna be scared of anybody who gets 75 million votes. So we shall see. One other thing about our last caller that we had in the previous hour. He said that the speech was kind of dull. Trump's speech was kind of flat, that it didn't inspire anybody. There are a lot of other people who have attended, and they've pointed out that the timeline doesn't work for Trump to have inspired the attack on the Capitol, 'cause his speech went really long.

And the protesters were attacking the Capitol Building before Trump even finished. And it's a long walk from the Ellipse area where Trump was and where the people were to Capitol Hill. Now, Trump's so-called inciting -- his only mention of going to the Capitol -- came at the end of his speech. They're saying the timeline doesn't work. I've seen that a bunch of places.

So, anyway, that's my thought on this article of impeachment, and you can comment on it if you wish.

RUSH: To the phones, Paul in Portland, Maine, glad you waited, sir. You're next on our program. Hello.

CALLER: Yeah, Rush, thank you for your service and our prayers are with you and your family. I think the worst thing that could happen to Trump right now is if he takes office and Biden pardons him for anything he did or may have done.

CALLER: When Biden takes office, if the first thing Biden does is to act like Gerald Ford and pardon Trump, it will make Trump irrelevant, any indignation that Trump has becomes pointless, and Biden begins to look totally magnanimous in the whole situation. Whereas --

RUSH: Wait a minute. Where's this coming from? What indication do you have that Biden is gonna pardon Trump?

CALLER: I think the way that they are setting him up right now feels very similar to Richard Nixon, like they're trying to reenact the Richard Nixon thing. And if they don't pardon Trump, the alternative is they create a martyr out of Trump. If they continue to prosecute him and so forth, Trump lives rent free in their mind for the next four years or infinity.

RUSH: All right. Okay. So you're bouncing off of one of the theories that I've mentioned. But let me tell you something that I mentioned. But let's keep me in context here. My theory was based on this singular article of impeachment that they House has passed, to the Insurrection Act, and I theorized -- and I don't know because I haven't... I'm just guessing here. But I'm theorizing that the purpose of this is the beginning of a negotiation with Trump. 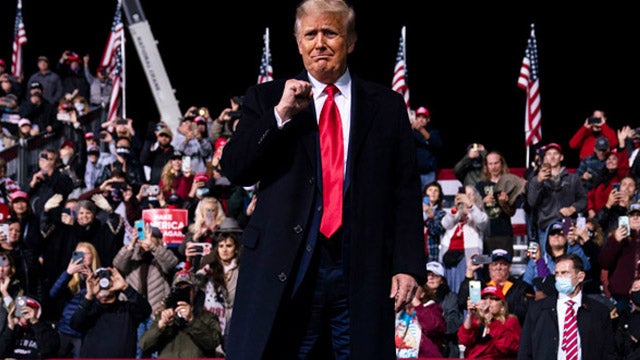 And, folks, I don't know what I'm talking about. I'm just speculating, 'cause there is no way this article of impeachment can be voted on in terms of conviction in the Senate in time for it to matter. The Senate, even on January 20th when Joe Biden's inaugurated, is gonna be run by the Republicans. And you still have the challenge of coming up with enough votes to convict in the Senate.

Now, all 48 Democrats would vote to convict, so you need to get 67. So you need 19 Republicans, if quick math is right, to join the 48 Democrats. I don't know that there would be 19 Republicans to vote to convict on this single thing. So I don't think that's what this is. I think that it is an attempt to begin a negotiation to get Trump to resign.

What these people on the Democrat side do not want is Trump running again. They're scared to death of it. Folks, he's got 75 million people who voted for him. That scares the devil out of these people. Maybe 80 million. They don't think those people are gonna go anywhere. They need Trump. And it's a long shot. They need Trump to promise he won't seek office again. How can they do it?

By pardoning him and his familia and by exonerating him against all future charges. And they're thinking maybe that would have enough value that Trump would see to it -- he's 74, 73 -- maybe he's looking at it, maybe we can get him to agree not to ever run, or anybody in his family. Nobody in his family can run, in exchange for all this -- and use this singular article of impeachment as the opening gambit. I'm wild guessing. But I think there is a certain possibility here. Don't know if it would ever happen. Don't know what Trump would do. I'm just suggesting what the Democrats, what they may be thinking.

RUSH: Well, of course that's what Pelosi wants! Of course. Pelosi, she's got this pipe dream. She wants to be able to forever claim that Trump left the White House one step from being removed by impeachment. That's why they passed an article of impeachment. I still say it may be a negotiation first drop. Time will tell.

RUSH: I committed an error, ladies and gentlemen. The Babylon Bee that did the parody of Trump becoming a Chinese PR guy to promote the Chinese communist government. Not the Epoch Times.

The Epoch Times is actually a different website altogether. Babylon Bee is a satire site. The Epoch Times, I think they need a plug. We've quoted them, we have cited numerous articles from the Epoch Times. Again, a story here. "Democrats Cannot Impeach Trump, and You Can't Impeach Him After Leaving Office," according to professor Dershowitz. Now, the story is written by Jack Phillips.

Now, the Epoch Times is an organization founded and run by Americans who escaped ChiCom oppression. The Epoch Times was a Chinese language newspaper that was started to oppose communism. As such, the Epoch Times knows what we are up against right now. Their website is excellent. The actual hard copy of the weekly paper is reminiscent of the days when newspapers mattered. It's a great place for you to get information, great place for conservatives to get information.

The left has declared the Epoch Times dangerous propaganda. So you know that they are probably doing the right thing. The left calls anything that's anti-communism hard-right, dangerous propaganda. They'll probably be damaged by the left. I mean, the left is destroying everything that gets in its way. But they're worth looking at. Here's what they say.

"The 'epoch' in our name represents our commitment to this mission. We believe that we live in truly epochal times where the faithful representation of our current events won't just be important for the people of today, but also the generations of tomorrow. The records that we keep now will directly inform the foundations of the histories they'll learn and the values they'll cherish, and this knowledge is what drives us."

So a little bit of their mission statement. Now, the story from which this is culled: "Harvard Law professor emeritus Alan Dershowitz said Democrats have virtually no chance of successfully impeaching and removing President Donald Trump before Inauguration Day on Jan. 20. 'The case cannot come to trial in the Senate. Because the Senate has rules, and the rules would not allow the case to come to trial until, according to the majority leader, until 1 p.m. on January 20th, an hour after President Trump leaves office,' Dershowitz said." Can't impeach the guy after he leaves office.

"Dershowitz, who defended Trump during the Senate impeachment trial about a year ago, suggested that the Constitution does not allow for impeaching a former president. 'And the Constitution specifically says, "The President shall be removed from office upon impeachment." It doesn't say the former president. Congress has no power to impeach or try a private citizen, whether it be a private citizen named Donald Trump or named Barack Obama or anyone else,' he said."

And that is, I think -- look. Professor Dershowitz is a legal beagle. He's a constitutional expert and authority, and I would defer to him in this, and he's exactly right about it. So what is this really all about? Well, we have my theory, that it's the opening gambit in a potential negotiation to get Trump to resign and promise never to run for office again. That's what they're afraid of.

Look. I don't mean to be redundant. But I'll tell you, getting real news is getting harder and harder and harder out there now, and I think I need to repeat this as often as possible. This is what they're deathly afraid of: 75 million votes, folks. If they can offer Trump something that makes it valuable enough to get him to commit never to run again, they'll try it.